My sister Kalie is a teacher so the only time she could come visit us was on her Spring Break. Unfortunately, it was also Spring Break for lots of other families which meant campsites were booked!  The good news is that Arizona has quite a bit of BLM land, so you just need to research the best spots and hope they aren’t already taken.

For our Sedona campsite, we chose a highly rated albeit very popular BLM spot on Loy Butte Road.  If you want to camp there, you’ll have to drive 5 miles down a bumpy dirt road to get to the site, but as long as you take it slow you shouldn’t have any problems.  The views from the site were beautiful but we didn’t spend much time there as we had a lot to see with only two days in Sedona.

Hiking was the central theme for Kalie’s visit with us in Arizona, so we started Sedona off with a hike to one of the “must see” places – Cathedral Rock. We parked at Crescent Moon Picnic Site as Max had seen some pretty photos of Cathedral Rock from that vantage point. Crescent Moon is on national forest land; however, it’s managed by a third party so we still had to pay the $10 entrance fee (National Park passes aren’t valid here). As soon as we parked we realized it was going to be difficult for Max to take photos as there were people everywhere, including two separate wedding parties! So, we scrapped that plan and started looking for the trail that would lead us to Cathedral Rock.

After unsuccessfully searching for the trail for a few minutes, Max used Gaia GPS to locate the trail. If you do a lot of hiking or are out in the backcountry for any length of time, I’d highly recommend downloading the Gaia app on your phone. Not only can you find hiking routes, but you can record the routes you hike as well as track your elevation gain. As a photographer, Max also uses it to mark photo locations by taking pictures within the app to mark the GPS coordinates. This way he can look back at all of his marked spots on the map to remind him what it looked like and what trail he took to get there.

Sure enough Gaia showed us that the trail was close, but that it was on the other side of the creek! Since we had already paid the $10 entrance fee to park we chose not to drive elsewhere, but instead to cross it. In order to cross the creek, we had to take our hiking shoes off, and wade through the muddy thigh high water.  Then on the other side was the dance of trying to rinse off each muddy foot and get our socks and shoes back on.

We made it to the top of Cathedral Rock just before sunset and were enjoying the gorgeous views when I got the idea to explore a narrow walkway on one side.  After slowly walking to the very end of the walkway I realized it would make for a great photo, so I yelled at Kalie and Max to come over and check it out.  Kalie ended up taking this awesome photo of Max & I from this spot just as the sun was lighting up the sky.

The next day we did a few other hikes such as Soldier’s Pass, Cibola Pass and Bryn’s Mesa, all with burnt sienna colored rock which is common to Sedona.  A feast for the eyes! 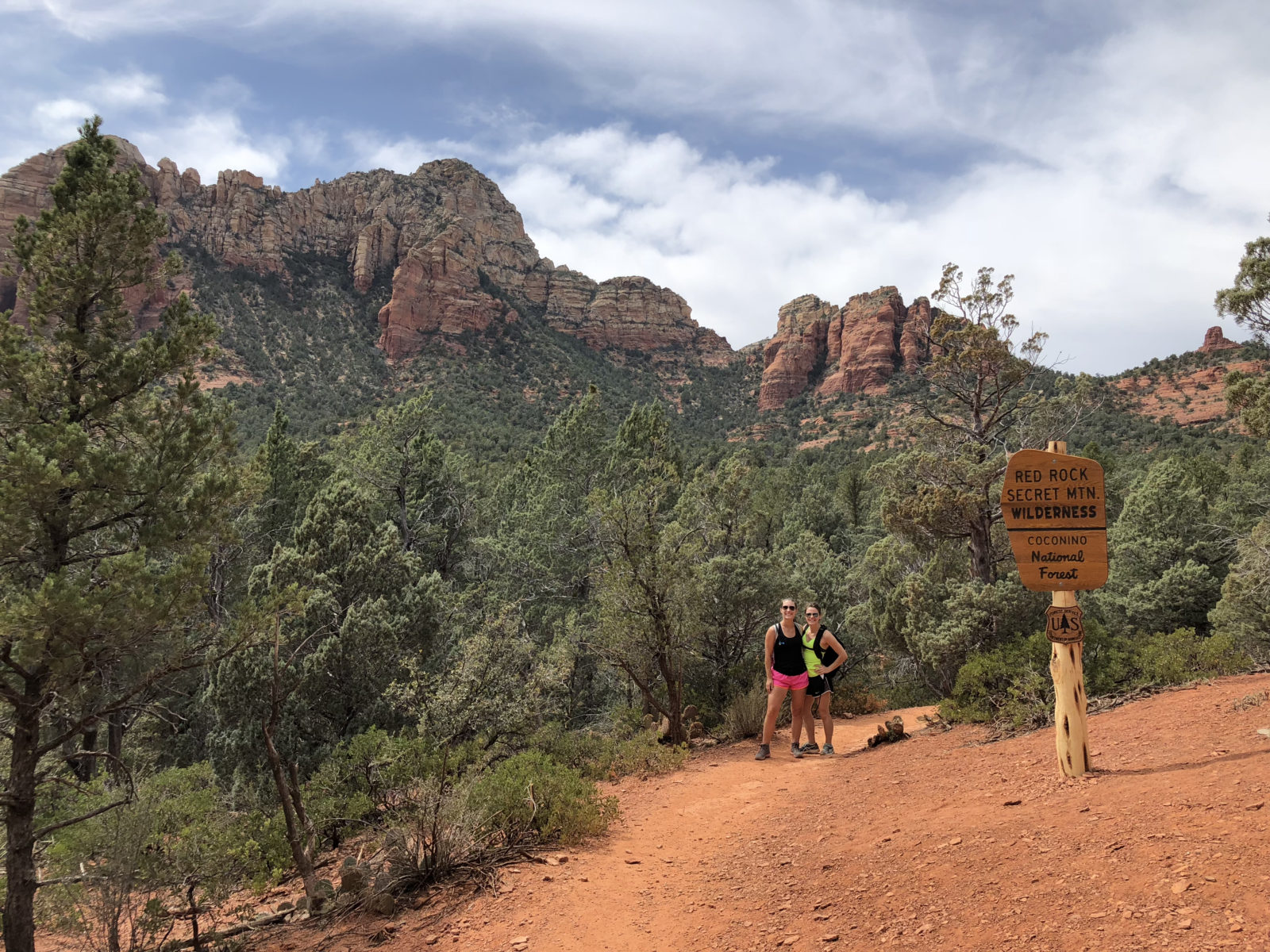 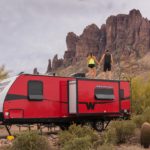 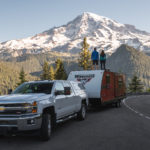