We planned our visit to Texas Hill Country (45 minutes northwest of Austin) in mid-March as they are known for their incredible Blue Bonnet blooms at that time of year.  Unfortunately, when we arrived, we found out we were two weeks early for the bloom given the colder than normal weather.  So, instead of shooting wildflowers, we spent our time exploring the quaint hill country towns and taking day trips to downtown Austin.

Another hiccup to our plans had to do with finding a place to stay. Not only was it spring break, it was also the week of the South by Southwest festival so every campground within an hour of Austin was completely booked.  Texas doesn’t have any BLM land either, so that wasn’t an option for us here.  We did finally find a campground called Camp Creek Recreation Area near Marble Falls that operated on a first come first serve basis, however; the reviews were slightly disconcerting as they mentioned campsites being left with trash and homeless people sleeping in their cars.  Without any other good options and having arrived after dark, we reluctantly pulled into the first empty spot we saw, parked the trailer, drew the shades and went to sleep.

The next morning around 7AM we woke up to the sound of music blasting from a car stereo.  We looked out the window and realized we were the only ones in the whole campground except for a guy and girl sitting in their sedan, doors open and music blasting.  We thought it was rude, but even more we thought it was a strange thing to be doing so early on a Wednesday morning.  After a while, the guy got out of his car, opened his trunk and started pulling things out of a duffle bag.  He then proceeded to get dressed putting a black t-shirt over his head to look like a hood, then grabbing a red bandana which he tied over his face and mouth. Lastly, he put on gloves so the only exposed part of his whole body were his eyes.

At this point, we had no idea what was going on.  What else was in his duffle bag?  Did he have a weapon?  Should we stay inside the trailer or get the hell out of there before something happens?  Max seemed less concerned than I did and started hitching up as we had an 8AM trailer maintenance appointment we had to get to.  I on the other hand was not going to take my eyes off this guy until I knew what was going on, so I kept watch through a small slit in the blinds.  All of a sudden, bandana guy started air punching to the music as if getting ready for a fight.  My heart which was already beating fast, started racing.  Then out of nowhere he jumped onto the hood of his car, while the woman got into the driver’s seat.  I sat glued to the window as she drove around the campground with him acting a fool on the hood of his car.  After several laps around the empty campground, they drove back to their original parking spot, he got off the hood, undressed and they left.  What the hell was that about??  Not sure if he was prepping for a fight or if he was making a low budget rap video, but I was really glad they were gone!

That morning after dropping off our trailer to get the bearings repacked, we spent the day driving through the quaint hill towns.  We stopped for lunch in Fredericksburg, which was super cute, with a bustling main street area full of shops.  It reminded me of the kind of place you’d go for a romantic Bed & Breakfast getaway weekend in the country.  Oh and I can’t forget the “free beer” cooler that one of the shops had sitting by the register. When I went to the counter to purchase my Texas t-shirt I asked… “Is the beer really free?”  And she said “Of course it is!” Dang, I like their style! 😉

After our day spent driving through Texas Hill Country, we picked up our trailer from the shop and headed back to the campground hoping to pick a more secluded site.  It was midweek so we were the only ones there and were able to choose any campsite we wanted.  We picked a site as far from the parking lot as possible that had a large grassy area.  While we were setting up camp, we noticed a strange smell that seemed to be coming from the fire pit. When I went to inspect it, I noticed strips of silver sheathing strewn all over the ground and lumps of silver colored molten metal in the pit.  The smell coming from these molten globs of metal was terrible and I knew it wasn’t going to go away unless I got rid of them.

So I grabbed our portable metal shovel and got to work pulling each and every silver molten piece out of the fire pit to throw away.  Once I began the fire pit cleanup, I realized I had overlooked all the other pieces of trash strewn around the campsite.  They ranged from the molten metal lumps, to beer bottles, to baby wipes, but the worst were the multiple used condoms…really people?!  Thanks goodness we carry disposable rubber gloves with us…sick!

Once we got our campsite back to a level of clean we could live with, we built a large bonfire and relaxed the rest of the day.  There were quite a few fallen trees in the area so we had plenty of wood to keep the fire going all night.  To finish the day, we cooked one of our favorite meals – fajitas – on the wood fired grill! 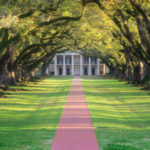 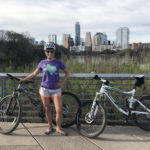